It has been a productive month with the launch of National’s 2020 election policy development.  We kick off with the ‘Have your say’ campaign for small businesses.  Small businesses create $80 billion of wealth each year and employ around 600 000 Kiwis.

National wants to hear about the biggest issues affecting your business and your growth and what policies, laws and regulations could be improved.

Two years ago we had the second-highest business confidence in the developed world.  Now we have plummeted to fourth-to-last ahead of South Korea, South Africa and Turkey, on the back of this Governments’ anti-growth policies.

Small businesses deserve to be heard, so we have launched a portal national.org.nz/haveyoursay to give you a chance to share your views.

We have had 2,500 responses so far and that number continues to grow daily.

I look forward to the results of this survey and tailoring policy to help businesses thrive.

Her rah-rah speech that she gave earlier this month, as a show of unity, was nothing more than damage control.  The Government has had a shambolic month and what I think most New Zealanders realise, is that Winston Peters is ruling the roost.

They are governing for the coalition, not for the country.  New Zealanders deserve better than what this Labour-led Government is giving them.

A strong show of unity was the march to protest the lack of safety, and capacity problems on State Highway 2, between Tauranga and Katikati.  Local MPs Todd Muller, Scott Simpson and I attended the march to support the concerns of our communities.

The 4-lane highway that National had signed off, on this stretch of road, has been cancelled by the Labour-led Government.  This road is desperately needed. Too many lives are being lost. This Government is ramping up fuel tax across the country, hitting Kiwis hard in their back pockets but the regions are getting fewer new roads.

Every time I am out and about in Tauranga I am impressed with our diverse community. 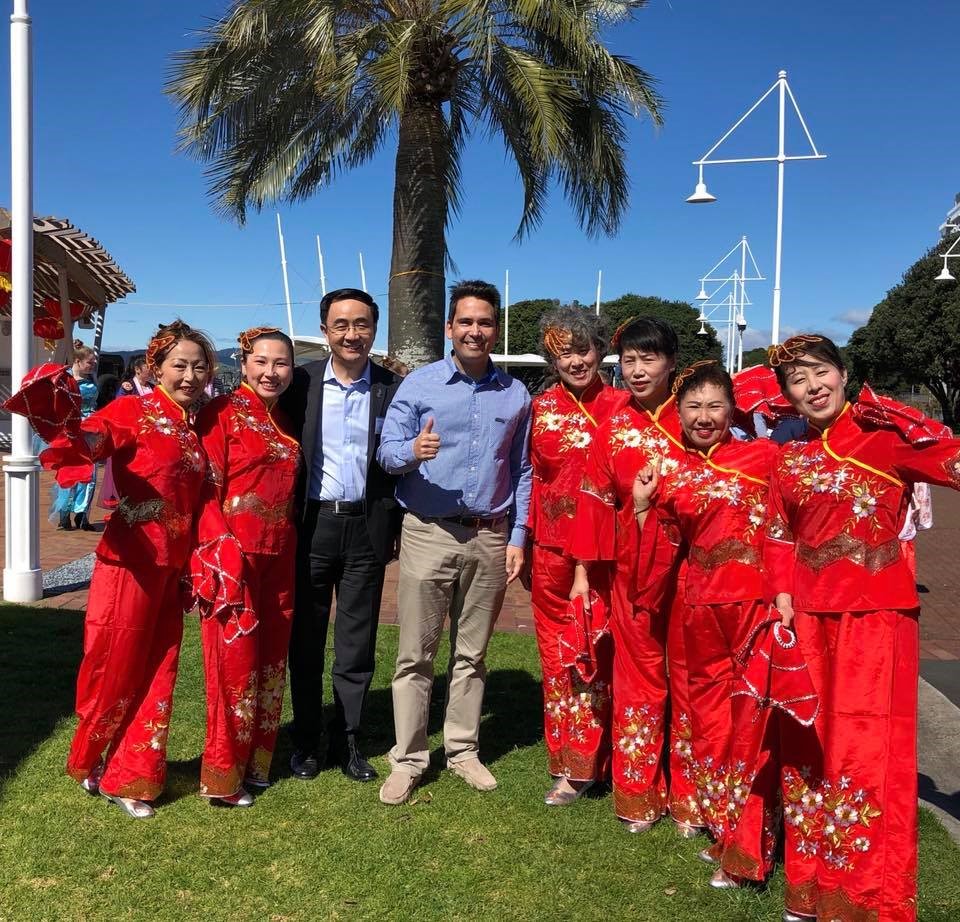 It was blue skies as we celebrated the Chinese Mid-Autumn Moon Festival (celebrated in our spring) earlier in the month.  The festival is the second biggest celebration in China. It was great to see the local Chinese community sharing their vibrant traditional cultural activities, performances and their famous dumplings. The festival celebrates peace, prosperity and the importance of family.

On the family front the Bridges household has moved.  We were at one end of Matua and now we are at the other end.  Our family loves this area and it has been a relatively seamless move.  Much of that was thanks to my wife, Natalie and her exceptional organisational skills.  She really is a trouper.  The boys are loving the extra space and I feel it is a home we won’t easily grow out of.

Parliament is in recess for the first couple of weeks in October which will allow me more time in Tauranga which I’m really looking forward to.  This teams up nicely with the start of daylight saving and I'm looking forward to the longer evenings that this brings.

So don't forget to turn your clocks forward this Saturday night.