It’s been a busy couple of months here in Tauranga, with plenty happening in the life of our city.

Alongside the fixtures of three constituent clinics each month, door knocking, fortnightly visits to businesses and community groups and bi-monthly ‘meet and greet’ events with tertiary students and young professionals, I’ve attended and spoken at a range of events.

The recent budget was underwhelming. The guts of it was the increase to benefits which will require the Government to borrow billions of dollars. While I’m not averse to benefit increases, this was entirely of Labour’s own making as it has lost control of the housing and rental markets, forcing it to chase the ever-increasing rents.

On top of this, there was precious little to help the unemployed into work, and I worry this will only increase welfare dependency over time.

As for the working poor and business people, I’m afraid the news isn’t good here either. There was nothing for them in this budget.

What was needed instead was an aspirational plan as to how the Government intends to grow the economy, increase productivity and, in so doing, reduce debt.

Unfortunately, this budget in effect serves as an advertisement for aspirational, hard-working New Zealanders to move to Australia, particularly given Australia’s resources boom and higher wages. My honest view is New Zealand will see a repeat of the brain drain we saw under the Labour Government of the early 2000s.

Adding insult to injury was Labour’s ‘delayed cancelation’ of the Tauranga Northern Link last week, as it only committed to upgrading the road until Te Puna, as opposed to Omokoroa and eventually past Katikati. Not only is this yet another broken promise by this Government - as it promised Western Bay residents improvement to SH2 infrastructure leading up to the election - but more importantly thousands of residents will remain in traffic, and deaths will continue on this killer road.

Labour’s main justification for not completing the whole upgrade was cost overrun; this seems to be an excuse it only uses for projects it didn’t want to complete anyway, as cost overruns are almost inevitable on roading projects. This is not to mention the many more local jobs that would’ve been created had Labour committed to the whole upgrade.

I began work on this project as Minister of Transport back in 2016, and so I know it was fully committed to and funded back then! If National was elected in 2017, this would’ve been the first cab off the rank in terms of infrastructure projects, and well on its way to being completed by now.

I’ve enjoyed visiting a range of businesses and community groups over the past couple of months.

A particular highlight was visiting the team at Envico Technologies who are based at the Mount. Envico is an award-winning environmental technology company who design cutting edge drones and automated systems to ensure the sustainability of New Zealand’s natural environment. Its primary areas of specialty are biosecurity and forests, working with organisations such as DOC to deliver on New Zealand’s long-term environmental goals.

I wish Samuel, Cameron and the team the very best as they continue to innovate and grow their products.

Speaking at the launch of the Tauranga Ratepayers’ Alliance 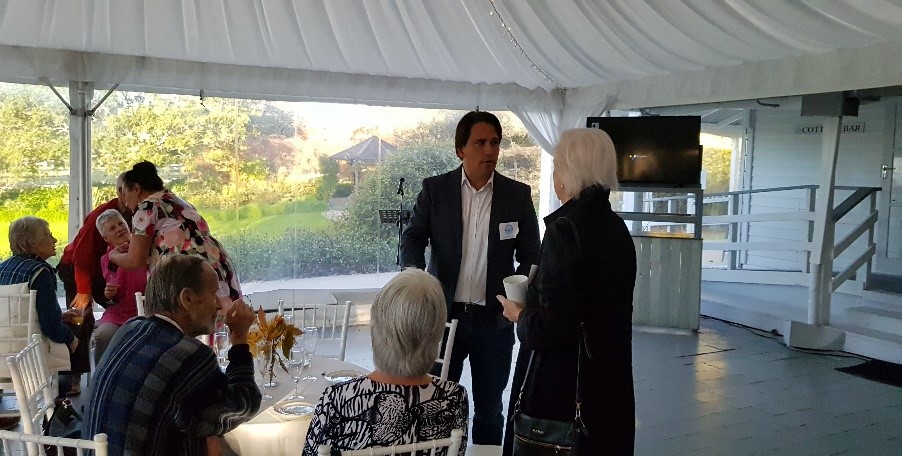 Some of you may have seen I’ve written a book entitled ‘National Identity’.

It’s a project I started about a decade ago, and one I’ve poured my heart and soul into.

It’s an open and honest, at times deeply personal, account of what it means to be a New Zealander through my story, and draws on such topics as fatherhood, fitting in, race and the things that shape our national character.

The book will be out in bookstores from 18 August; you can pre-order it here: National Identity 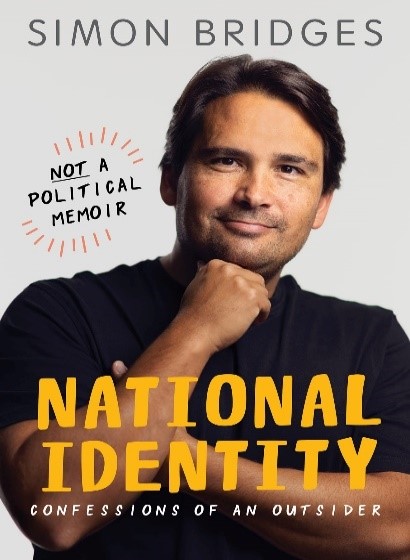 A Chat with the Taxpayers’ Union

I enjoyed chatting with Max from the Taxpayers’ Union recently. We chatted a range of issues of the day, including my recently drawn member’s bill, and the importance of free speech. You can check it out here: Taxpayer Talk with Simon and Matt