As I write it is a balmy 30+ degrees. I am currently in England visiting my wife Natalie’s family for a few days. We normally do this every second Christmas but we mixed it up this year. Recess from Parliament has provided a good opportunity for a quick trip to the UK. 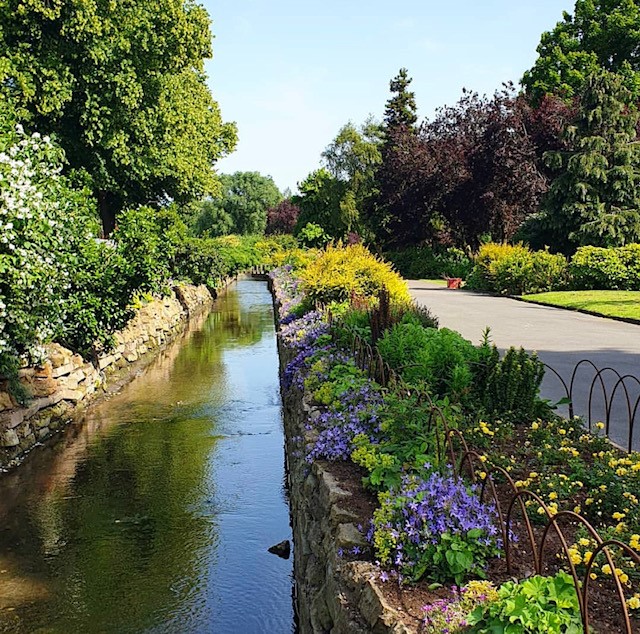 The day I departed for England I had the pleasure of hosting Paul Goldsmith at a morning tea held in Mt Maunganui. Paul is the newly appointed spokesperson for Finance and Infrastructure following the announcement from Amy Adams that she is retiring at the next election.

The members attending were really animated. They had lots of questions for both of us focusing on the rising cost of living, the media and the finance portfolio that Paul now holds. It is great to see our local chapter supporting us and hearing their ideas and feedback. 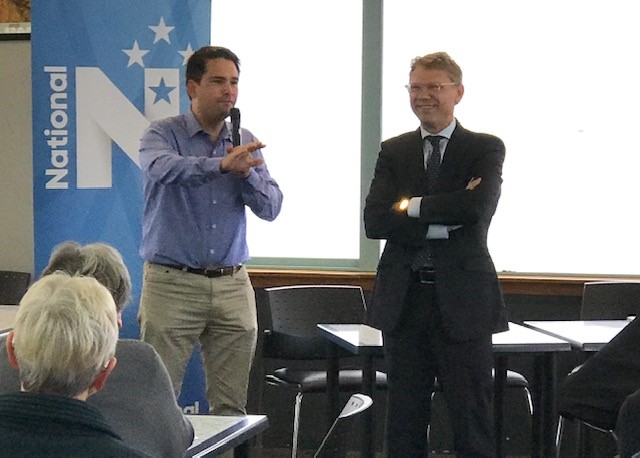 You can’t trust Labour with tax or the economy

Increasing petrol prices were also discussed at the meeting. The Government has legislated for three increases in fuel taxes since it came into power. It has introduced ring fencing of losses on rental properties, Amazon Tax, GST on overseas roaming, extended the bright-line test and increased WorkSafe levies.

New Zealand households will be $1750 a year worse off on average, just because of the taxes being piled on. That does nothing to increase the wellbeing of an average family.

The Government also cancelled the previous National Government’s planned tax cuts. Our tax cuts would have removed some of the burden Kiwis are now facing and meant they had more in their wallets at the end of the week.

National has announced we will index tax thresholds to the cost of living. This means income taxes would be adjusted every three years in line with the cost of living. We have also promised not to introduce any new taxes in our first term, if given the opportunity to govern at the next election.

The economy is continuing to weaken because of this Government’s poor policy decisions like fees free and KiwiBuild. Business confidence has plummeted to the lowest it’s been in ten years, the same as the depths of the Global Financial Crisis.

It is very clear that New Zealanders cannot afford this Government.

National will be releasing our Economic Discussion Document this year which will propose a range of ideas to boost productivity, add jobs, and grow our economy.

Return of the Great Debate

It was a great turnout and a very entertaining evening at the Great Debate held at the Tauranga Yacht Club in Sulphur Point recently. National MPs from across the country took part. The affirmative team was made up of Louise Upston, Anne Tolley and Barbara Kuriger. On the opposing team it was Paul Goldsmith, Alfred Ngaro and Scott Simpson. There was lively debate on the moot, "you can’t beat the country".

The winner was a contentious point as the moderator awarded it to the men but there was a strong call out from the audience that the women’s team were the winners. I think it was too close to call and a fun event.

I was interested to read that the Anchor Aims Games being held in Tauranga in September has a record number of entries. More than 11,500 intermediate-aged athletes, from 361 schools will take part. It is such a positive event for our city and it is exciting to see the games continue to grow.

Recess provides the chance to spend extra time in my Tauranga office and get out around the country before heading back to Parliament on Tuesday 23rd July. Later that week it is the 2019 National Party Annual Conference in Christchurch. It is always good to get the entire team together. I’m looking forward to the ideas that come out of the conference as we plan for the next election. I will share these with you in the coming months.

If you are currently on school holidays, I hope they are enjoyable for you and your children.